Neumann Dredging was have successfully completed the maintenance dredging in the Main Channel North at Cabbage Tree Point for the Gold Coast Waterways Authority.

Over 15,000m3 of material was dredged from the channel to a design depth of -2.7m LAT. The sand was placed on the foreshore at Cabbage Tree Point, adjacent to the channel.

The works were required to maintain safe navigable depth within the Main Channel North, which was impacted by significant sand deposition and shoaling. This channel forms the primary movement channel for vessels travelling between the northern and southern areas of Moreton Bay, and it is therefore important to maintain navigable depths under all tidal conditions. Due to build-up of sand, water depths within the defined navigation channel at low tide were reduced to under one metre in some areas. Beach nourishment for recreational amenity was the selected dredge material management option to improve the amenity of the foreshore and provide additional protection to land which has been subject to steady erosion.

The Nu Discovery is a 227kW (305hp) 250mm three wire cutter suction dredge. The dredge is capable of dredging up to 120m3 per hour (in optimal conditions), dredge to a maximum depth of 6.5 metres, and pump the material up to 1,000m in distance.

The Nu Discovery is manoeuvred by a three wire anchoring system and can be setup to cut the entire width of a channel including any batters in just one cut width. The side anchor ropes remain on the sea bed while the dredge is in operation, which will minimise any inconvenience to other boating traffic through the affected channel areas. The dredge can easily move to one side of the channel to allow for vessel movements. 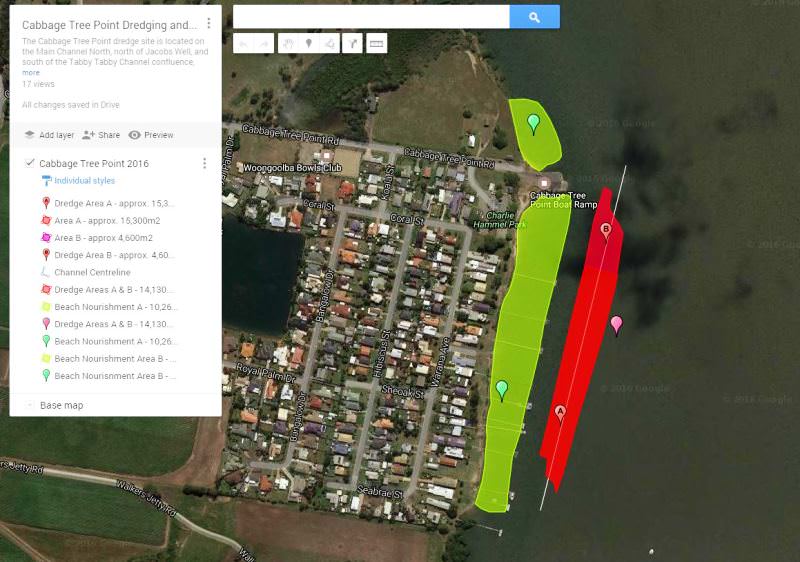